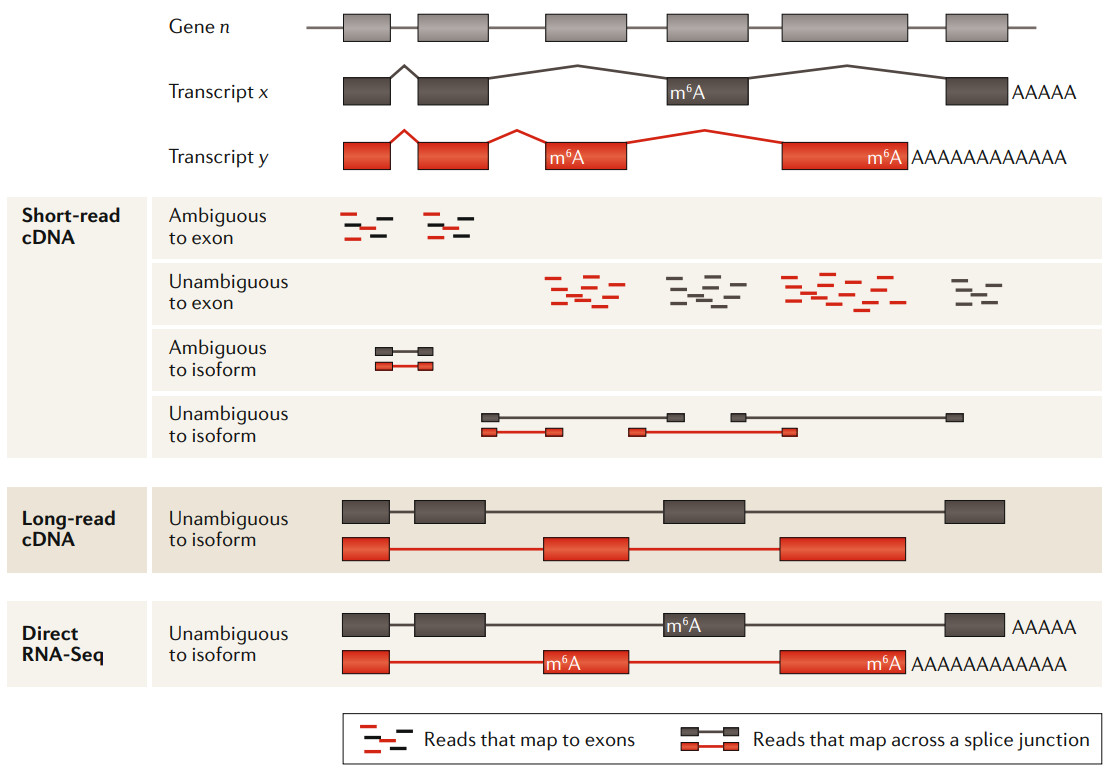 Because the PCR process has GC preference, it is not easy to amplify sequences with too high or too low GC content. Therefore, short-read sequencing will introduce GC preference during database construction and sequencing, which reduces the accuracy of quantitative analysis. ONT sequencing technology (direct cDNA & direct RNA) does not require PCR amplification, providing unbiased, full-length, strand-specific RNA sequences.

Short-read sequencing requires PCR in the process of library construction, and thus loses base modification information in RNA molecules. Direct RNA sequencing does not require amplification or strand synthesis: during the sequencing process, modified bases pass directly through the nanopore, generating a current signal different from unmodified bases in the original signal. Identification of the base modification information is possible through a specific software algorithm. 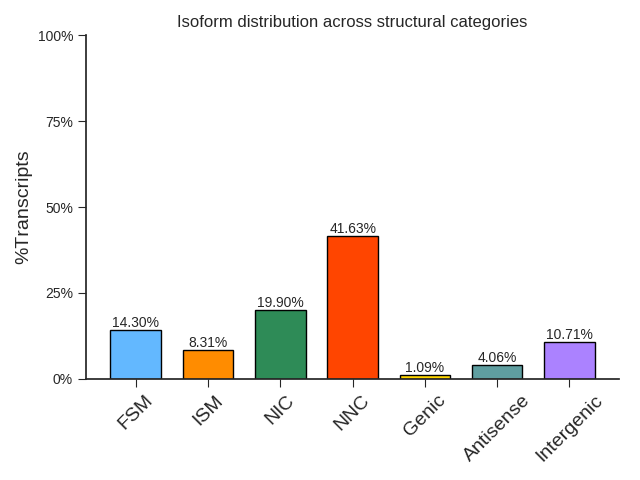 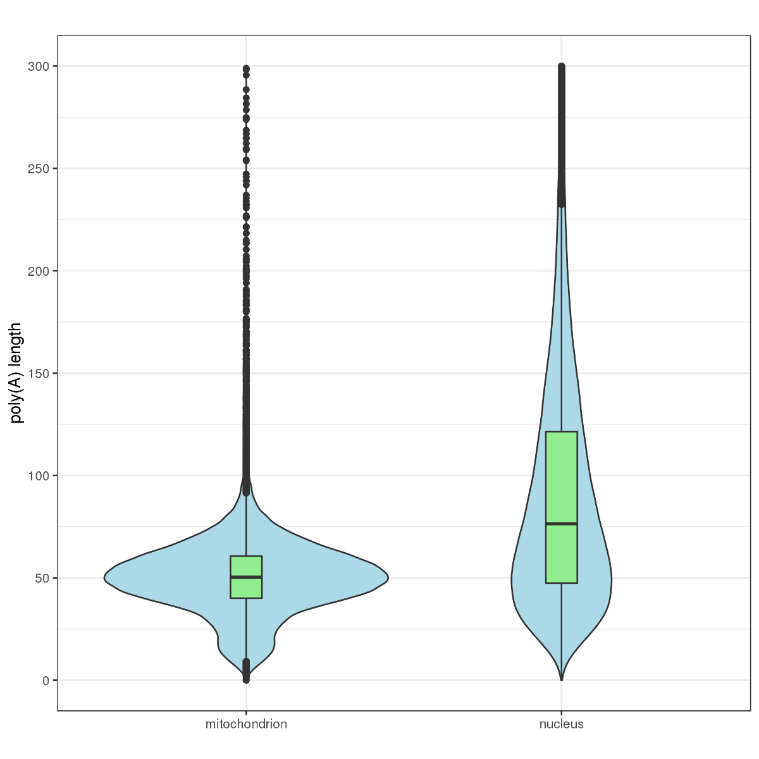 Other sequencing methods need reverse transcription or PCR during the sequencing process of the library, causing a loss of base modification information of the RNA molecule. Meanwhile, direct-RNA sequencing does not require reverse transcription or PCR, which means that nucleotides that have underwent modification pass directly through the nanopore, producing different current characteristics from unmodified bases in the original electrical signal. Identification of the base modification information is possible through a specific software algorithm.

Because there is no PCR amplification process for Direct RNA library construction and sequencing, the data volume of PCR cDNA full-length transcriptome is relatively low. We can promise that the amount of high-quality total RNA is not less than 1Gb.

High-throughput cDNA sequencing has given us a deeper understanding of the complexity and regulation of the transcriptome, but this method cannot fully display the true information of the transcriptome because of its short sequencing read and removal of base modification information. In this study, we used Nanopore direct RNA sequencing technology to isolate and sequence the original poly(A) RNA from the human B lymphocyte line GM12878. A total of 9.9 million poly(A) RNA sequences that passed quality control were generated. The read length N50 was about 1,334bp ( figure 1). 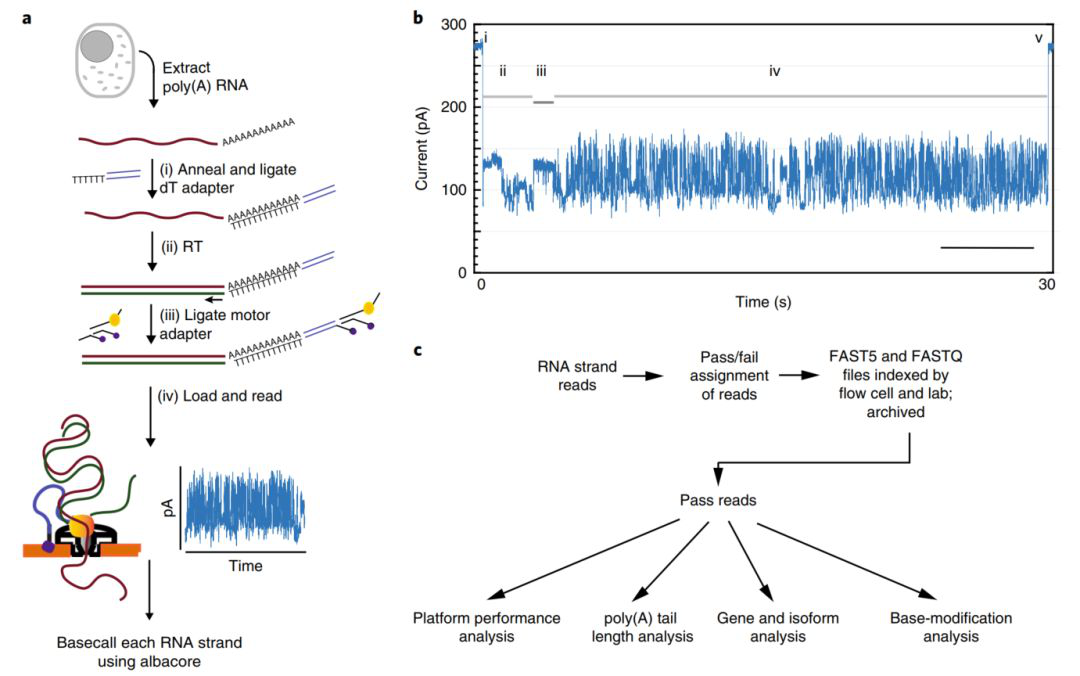 Long nanopore read length can improve the resolution of the exon-exon junction region, thereby mining unannotated RNA isoforms. Using the above long-read data, the researchers first detected and analyzed transcriptional isoforms. Among 33,984 isoforms representing 10,793 genes, 52.6% of unannotated splice junctions were found, and thousands of current splice junctions were identified. Unannotated genes in GENCODE v27, and allele-specific isoforms that cannot be detected using short-read sequencing have been found. For example, for the IFIH1 gene, the paternal isotype retains exon 8 while the maternal isotype does not retain exon 8 (Figure 2). 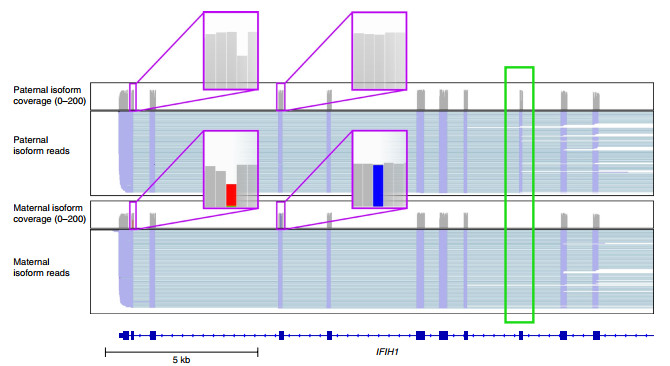 The purple box indicates the location of the allele-specific snp (gray is reference, red and blue are SNPs), and the green box indicates alternatively spliced exons. 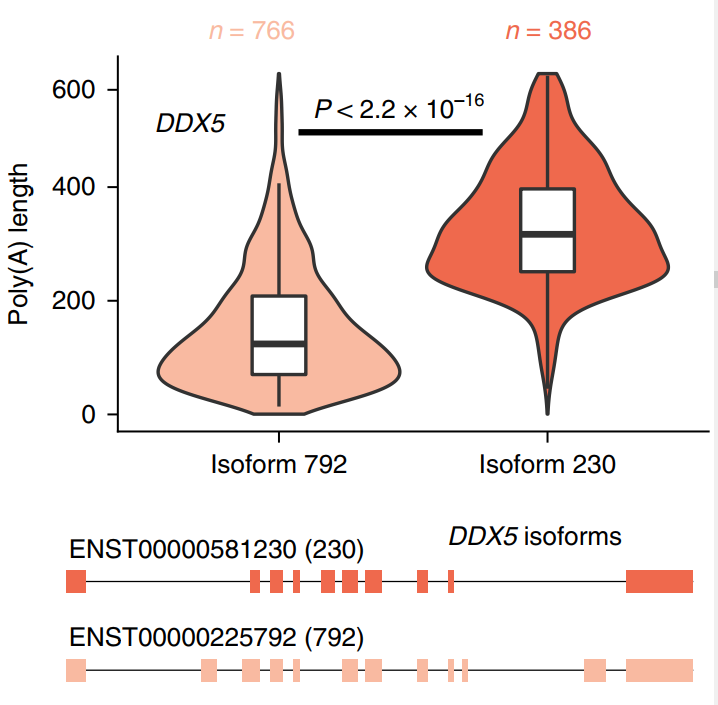 Finally, using the RNA modification information contained in the direct RNA sequencing data, the researchers screened the changes in the GGACU motif of the GENCODE-sensitive subtypes of ion currents, and found the currents of 86 genes (198 isoforms). The change can be attributed to the isoform-specific m6A modification. 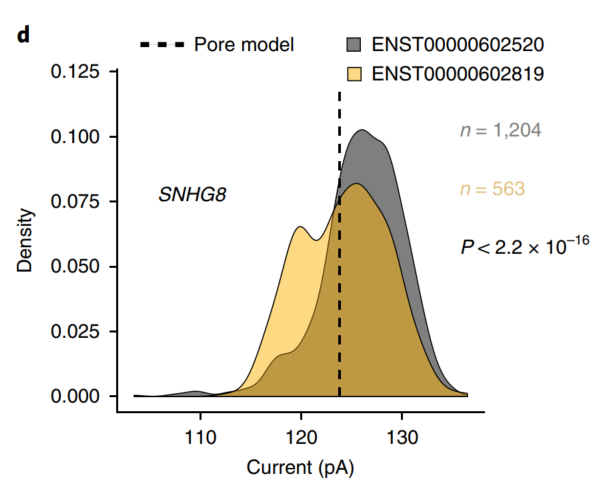