The average length of Iso-Seq is 10-12kb, much larger than the length of typical genes in general transcripts. It can easily span the complete transcript from the 5’end to the 3′-Poly A tail without splicing and directly measure the full length of the transcript. .

In the past, transcriptome research strategies were primarily based on second-generation short-read sequencing, using read assemblies to speculate the structure of the transcript. However, faced with the complexity of alternative splicing, incorrect predictions are commonplace. Using Iso-Seq, the full-length transcriptome can be accurately reconstructed and the transcript structure deduced.

Theoretically, the complete inserted reads have a 5’ primer on one end, a 3’ primer on the other end, and a polyA sequence just before the 3’ primer. Therefore, by judging the existence and positional relationship of the 5’primer, 3’primer, and polyA, we can classify the insert sequence. The insertion containing a 5’primer, 3’primer, and polyA with a correct relative position is considered a complete insert sequence, or a full-length read. 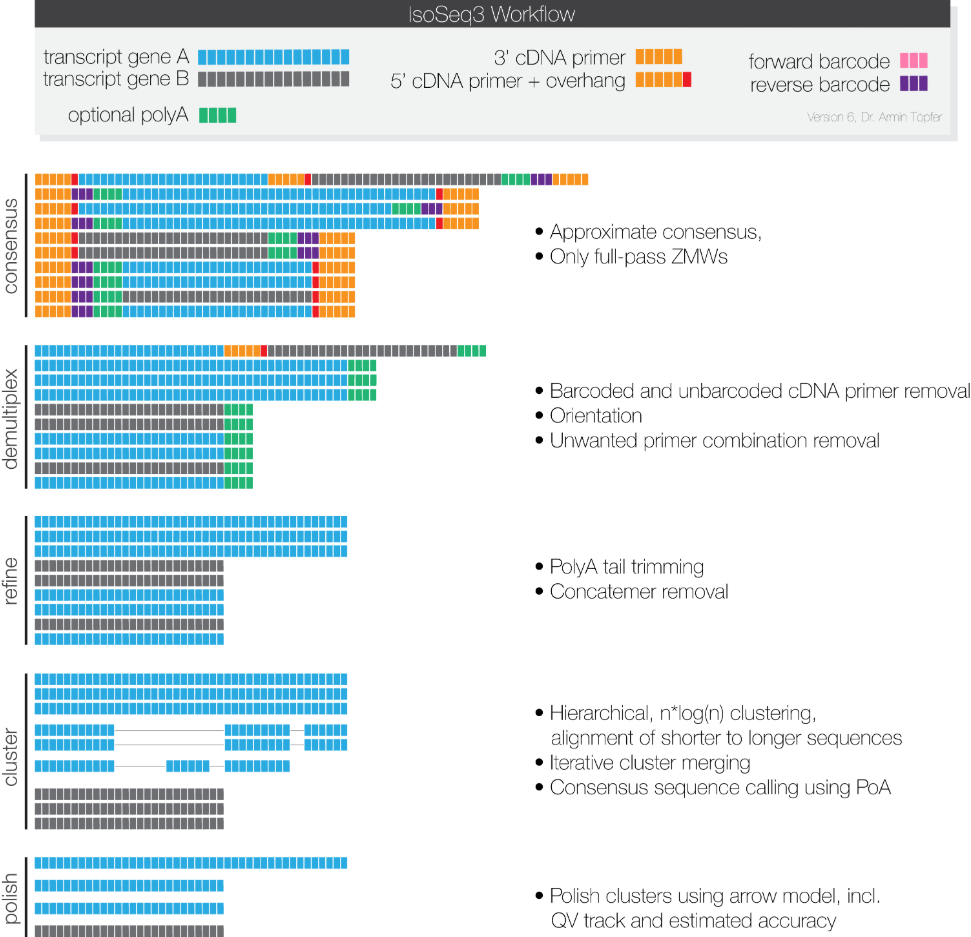 Fusion genes are chimeric genes formed by fusion of all or part of the sequences of two genes. It may be formed by chromosomal translocation, deletion in the middle, or chromosome inversion. 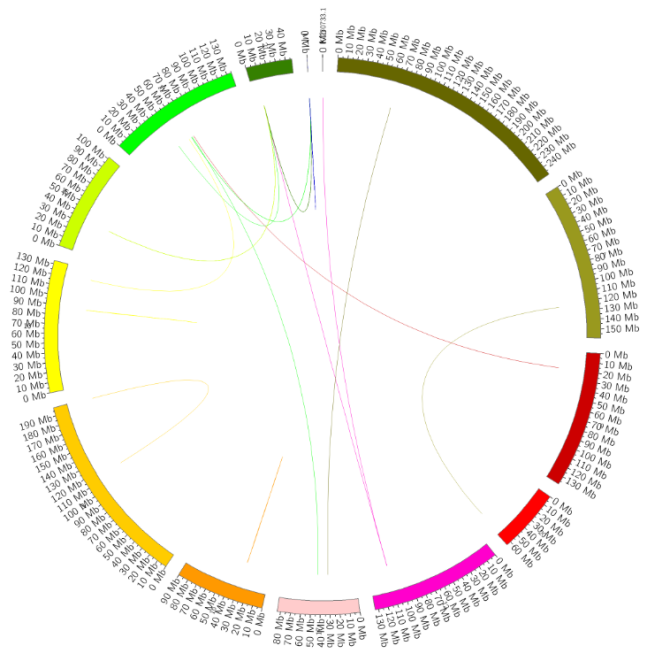 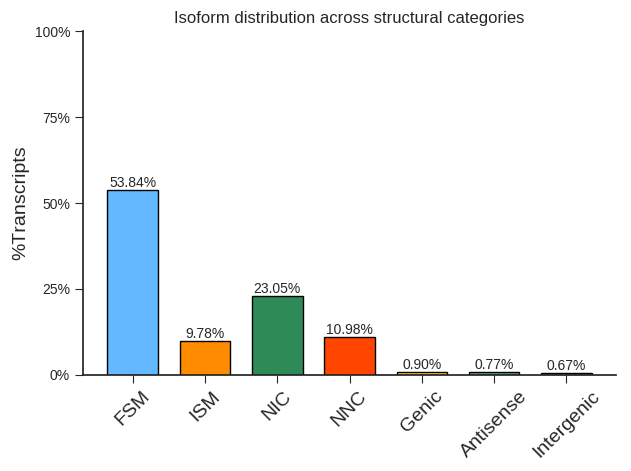 The mRNA precursor produced by most eukaryotic gene transcription is spliced in one way to produce a mature mRNA molecule, so it is only translated into one particular protein. However, mRNA precursors of some genes produce different mRNA splicing isoforms through different splicing methods (selecting different splicing sites). This process is called alternative splicing, which is an important mechanism for regulating gene expression and generating proteome diversity. 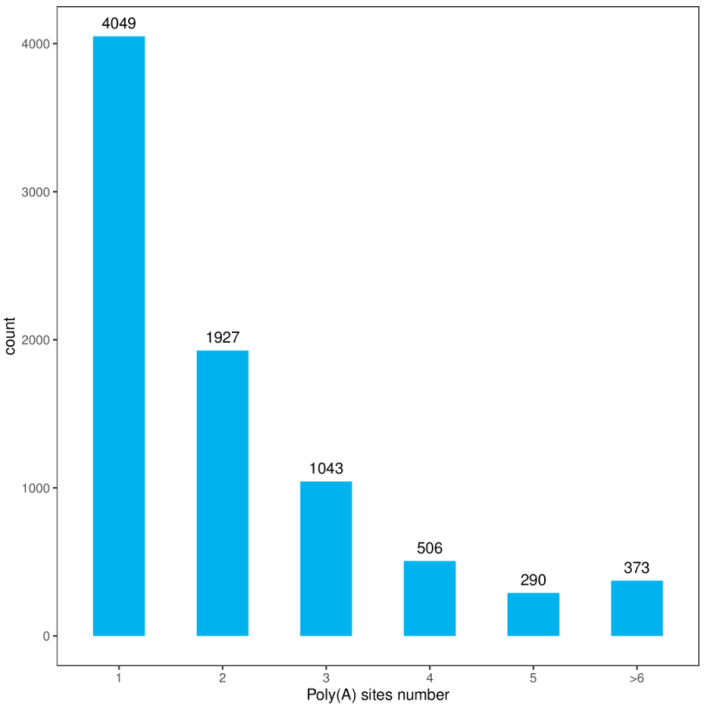 1.What is the advantage of Iso-seq?

No need to interrupt splicing, no need for assembly. One can directly obtain the full-length transcript containing the 5’region, 3’UTR, and poly A tail, and accurately analyze species genome information such as  variable splicing, gene fusion, and APA.

2.Do you need to construct a mixed library of different fragment sizes?

The hybrid library construction is for the previous RSII platform. After the upgrade of the Sequel platform, the fragment preference has been greatly improved. Generally speaking, the construction of a 0.5-6kb library can obtain results consistent with the real transcript distribution, so there is no need to construct a mixed library of different fragment sizes.

PacBio long-read sequencing reveals the complexity of the corn transcriptome

Maize (Zea mays) is an important crop in the world and a genetic model for studying the metabolic pathways of plant transcriptomes. The maize genome sequence was published in 2009, and its gene annotations were subsequently supplemented with EST and RNA-Seq transcriptome data. However, in RNA-Seq, short read lengths cannot provide the full-length sequence of the transcript, which limits the definition of alternative splicing forms. At the same time, short read length splicing will result in low-quality transcripts, leading to incorrect gene annotations. 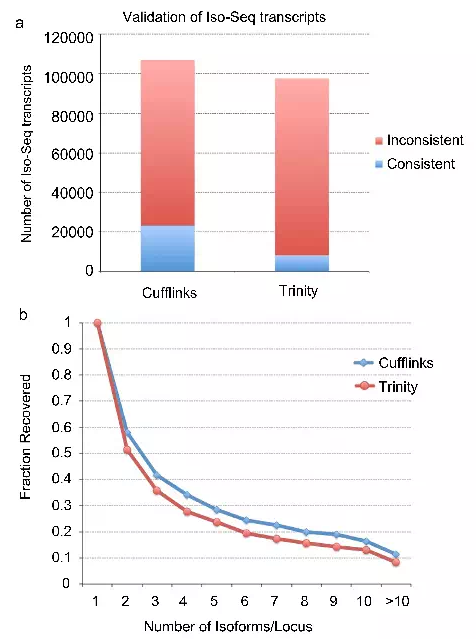